Learta Hollaj works as a Senior Researcher and Operations Manager at the Institute for Development Policy – INDEP in Prishtina, Kosovo. Learta’s work is mainly concentrated in the area of sustainable economic development with a special focus in energy issues and the identification of sustainable scenarios for development policies. Learta is directly engaged in the coordination and implementation of various INDEP projects. Her work focuses mainly on issues pertinent to the Energy sector, with a special focus on Energy Efficiency, while also addressing unemployment challenges and focusing on potentials for the country’s economic empowerment.

Learta graduated from the American University in Kosovo (AUK) in the field of Economics and Management with a minor in Legal Studies. Throughout this period she started work with civil society organizations as well as she got regularly engaged in voluntary work . Thereafter, she pursued her master degree at the Central European University in Budapest. With an MA in Law and Economics, Learta specialized in the field of Economic Policy and Business Law. After finishing her master degree, she returned to Kosovo where she initially engaged in some consultancy work with local and international organizations. She continued work in the area of policy research and now she she’s a senior staff member at INDEP.

The Institute for Development Policy (INDEP) is a think tank and an advocacy centre that provides independent research-based policy solutions. How do you see the role of civil society in the long-term process of reconstruction and development?

The civil society in Kosovo is certainly one of the most vocal and active ones in the region. In the years after the war, especially since after the independence in 2008, civil society in Kosovo has had a crucial role in the reconstruction and development processes. INDEP, although a relatively new think tank and only established in 2011, has successfully managed to assume a strategic role in shaping and framing development policies in the country. Given that our work focuses on two main areas, respectively, democratic governance and sustainable development, we believe that our activity thus far has contributed towards instilling and enforcing further the importance of sustainable, need responsive, and custom designed sustainable policies and the advancement of democratic processes. Furthermore, through our regional cooperation programme, we have managed to extend our activities to a regional level whereby, through the initiation of joint initiatives with partner organizations from the countries of the region, we are continuously working towards supporting and monitoring processes which bring us closer to national country objectives and the set EU criteria.

Are the national authorities committed to public-private cooperation in terms of governance and development?

It is worth emphasizing that the government in Kosovo has adopted in 2013 the Strategy for Cooperation with Civil Society, a document which sets the grounds for the creation of a supportive and favorable environment to recognize and appreciate the role and work of civil society in building a democratic society. As a result of this and the requirements set forth by the EU integration process, the involvement of civil society and its active contribution to governance and development has become a regular phenomenon. Although this collaboration might be perceived at times as rather symbolic or cosmetic, it has nonetheless had its impact in bringing closer these two groups, and at very strategic times, proved to be a positive example of how civil society confronting government on relevant issues can be a highly productive and ultimately effective occurrence. In this process, one cannot diminish the role of economic chambers and business associations who are also seen as strategic partners and are also often part of the policy-making processes.

What can you tell us about INDEP `s assumed mission of a watchdog? Has this objective contributed to the strengthening of democratic governance in Kosovo?

Luckily, INDEP has managed to establish a close and professional relationship with the Kosovo Assembly since its early steps. In these almost 6 years of collaboration with the Assembly and its functional committees, INDEP has managed to position itself as a strategic partner on the path to strengthening democratic governance in the country. Our persistence to work closely and actively with the Assembly, on one hand, and other executive institutions – such as line ministries, on the other hand, has raised INDEP to the level of a watchdog which follows closely the most strategic policy developments in the country and in doing so, ensures that the processes that lead to their adoption are conform the very best practices of democratic governance and sustainable development. INDEP has demonstrated that it is a credible and serious institution at all the times. Our mission is to enforce further a mentality of checks and balances, to fight politicization of public enterprises and agencies, to promote accountability and transparency of public institutions at the central as well as the local well, while ensuring that the policymakers adopt a mentality whereby sustainable development practices become a national priority.

Does the fact that Kosovo’s status as a sovereign country remains questionable in the eyes of the international community anyhow threaten the democracy in the country?

Certainly, the ambiguity characterizing the recognition of the Kosovo’s independence in the international arena has also had significant effects in internal developments in the country. Amongst others, it has severely impacted the mobility of the people, opportunities for academic and professional exchanges, establishment of business relations and development of trade, etc. These developments cause an internal social dissatisfaction that has at a point in time also contributed to a mass exodus of people from the country. The fragile position of the country in the international arena and the poor management of the internal development processes combined represent a direct threat to prevalence of democracy.

Do you see the conflictual past as impacting the democracies from the South-Eastern Europe? Which are the main convergence points between past and present?

Unfortunately, the region in which we live can hardly separate itself from the echoes of the past. The history has been cruel and the ire remains and is vividly present. In my personal opinion, luckily, the common goal of the region, i.e. the integration into the EU family, but also other international organizations, has shattered down some walls of anger and has helped the countries of the Western Balkans to move past some grudges. Either way, especially in the case of Kosovo, the political gridlock in its dialogue with Serbia, has had a significant impact on the establishment and consolidation of a functional democracy. This is not to diminish the role and high relevance of internal developments in the country and systemic dysfunctionalities, which indeed have hampered even further the chances for the proper functioning of a stable and efficient democratic ‘newborn’ Kosovo.

Should we still consider nationalism as a threat to the interethnic relations and inherent to the regional security?

As mentioned earlier, Balkans is historically known as a boiling pot. Despite many similar characteristics across the countries in this region and the common values that we share, history has set us apart. I truly believe that short sighted politics and lack of visionary policy making, but at the same time the greed for short term personal benefits of the political elite, has helped the perseverance of a nationalistic environment, which poses a potential threat to interethnic relations and the regional security.

To which extent is the reconciliation able to dismantle nationalistic agenda? Are there any instruments that can be used both by civil society and authorities to block such extremist approaches?

Reconciliation efforts have been a part of the narrative for years now. While there is some tangible progress in this regard, we haven’t nonetheless reached much far along the way. What is concerning is that most of the time the activities and efforts undertaken in this regard are rather a part of a short term, donor-driven or unsustainable initiatives. What has been proven to result in successful outcomes is precisely the mobility of people, their chance to interact, to talk, to study, to do business together. While time is a highly important component in this regard, I truly believe that investment in exchange activities, be those academic, entrepreneurial, civil society driven, etc. is the main thing that will contribute to neutralizing the nationalistic agenda.

Is the European integration a strong enough argument for solving the frozen conflicts? Could the Balkan opponents be convinced to normalise their relations in order to adhere to the EU?

Indeed, as explained earlier, the European integration has been a driving force for both sides to consider the initiation of the Prishtina – Belgrade dialogue, which in itself has deficiencies starting from its labelling all the way to its structure. Nonetheless, the dialogue in itself does not suffice, as, in my view; it represents a top-down approach to the solving of the existing problems. Not tending to marginalize the role of the dialogue at the political level, I am convinced that the role of civil society and media is rather more strategic at this point. The profile of the conflict between Kosovo and Serbia in this particular case, but other similar cases in the region exist as well, calls for the fostering of people to people initiatives, which bring different groups of citizens together under different occasions and help them understand naturally and gradually the need for the normalization of relations and the benefits deriving from doing so.

To synthesize, are there any systemic dysfunctionalities that impede the democracy to be fully exercised in the Western Balkans?

It’s a challenging task for a new country which is seeking to institutionalize and stabilize its state-building process, to also have to follow up duly with the complex requirements of the European and other international organizations integration processes. It is due to these happenings that interventions across all sectors become a priority in itself and because of this spread of focus, the undertaking of different actions at the same time might not lead to as effective and tangible outcomes as would be the usual case. We’re experiencing a time when everything is a priority, and in this journey, a great deal of the actions can come at a high price. Nevertheless, the separation of powers and the institutional independence, especially of the judiciary branch, remain the biggest challenges. Unfortunately, the country has no flexibility to decide to follow one way or the other, and it is precisely because of this that the active involvement and the recognition and appreciation of the role and work of civil society becomes an imperative. 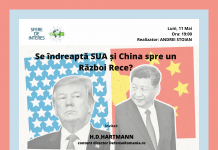 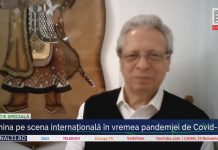 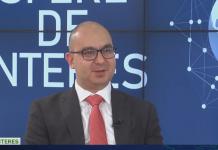