Which are the main challenges do you think the civil society from the Western Balkans is facing?

Civil society in the Western Balkans significantly improved its importance in the last couple of years. There are encouraging signs in relation to the status and position of the sector, expressed through the number of changes in legislation, policy and budgets, which took into consideration the will and requirements of the of the general population.

However, the civil society is still facing important challenges, some of them referring to:

Is there any binding between the political predictability and foreign investment in the WB?

Western Balkan coun­tries share common problems related to widespread corruption, pres­ence of organised crime, lack of an independent and func­tioning judiciary, and the deep politicisation of public administration. All these problems are deeply rooted in the general state of democracy and the political culture in the region. These issues have severe consequences for the overall economic situation, especially regarding the prospects of attracting­ing FDI, job creation, collecting public revenues, and promoting sustainable socio-economic development.

The WB countries faced serious political instability of a completely different nature from that faced by other countries. All WB economies have been burdened by a certain level of uncertainty about the evolution of democracy, the stability and effectiveness of governments and the danger of social unrest, thus creating a significant negative impact on FDI inflows.

Thus, as a result, the unfortunate recent political history of the region, with conflicts, fragmentation and slow recovery of pre-transition GDP, have imposed a long lasting effect on their prospects for attracting FDI inflows. The political risk, deriving from various unsettled political issues in the region, still seems to exercise a negative effect on FDI.

Did the Balkan states manage to properly recover after the financial crisis from 2008?

The 2008 financial crisis has additionally worsened already the complex economic reality of the Balkan countries. It had severe consequences, basically including: (i) an increase in national debt levels, and (ii) a decline in (a) European and international market demand for Balkan products and raw materials, (b) foreign direct investment (FDI), and (c) remittance payments which are the wages and savings that are repatriated by Balkan emigrants living elsewhere and which represent significant and valuable foreign currency exchange.

Although the Balkans remain highly dependent on recovery in Europe where the region conducts most of its commercial trade, one should stress the fact that the ultimate responsibility for economic development and regional integration rests with the region’s elected officials and community leaders who should be held accountable by citizens for a lack of progress in taking the necessary measures that will create a favourable Balkan economic development outlook. Today, the Western Balkan countries tend to achieve two basic goals – achieving sustained political stability and finding an exit from the crisis with the sustainable economic growth.

All above mentioned, coupled with a growing “enlargement fatigue”, have created a particularly unfavourable environment for the WB countries EU enlargement. Namely, divided between the fear of a hasty enlargement and the fear of a slow one, the EU is somehow losing influence across the Balkans. Therefore, it is of vital importance to keep a credible, firm EU enlargement perspective to the region as an anchor of strategic stability and reforms, through creating incentives for WB countries’ reform and steady progress.

How would you characterise the attitude on EU post-Brexit in the Western Balkans?

The political negotiations will, most probably, predominantly concentrate on the administration of the post-Brexit relations between the UK and EU. Namely, the effort required to redefine the relations between the UK and EU will absorb the attention of Brussels for a time to be determined, diverting energy from the enlargement process. This way, the Western Balkans enlargement process will become “a second-hand issue” from the EU perspective.

Brexit also creates a real dilemma for the Balkans, because it removes a strong “insider” ally since the UK has played an important strategic role, contributing a great deal to the Western Balkan reform and EU integration processes. Consequently, EU must ensure that any attempt to deal with Brexit does not diminish the support needed for the Balkans to continue to make the reforms necessary for its European integration ambitions.

What is your opinion of the proposal to create the so-called Common Market for the Western Balkans? Could this framework of cooperation ensure the fastest process of EU integration?

Mr Johannes Hahn, EU Commissioner for European Neighbourhood Policy & Enlargement Negotiations, raised the initiative, on the recent summit of the six WB leaders in Sarajevo, of creating a common market for the Western Balkans. He stated that the EU ambition, through this initiative, is to remove barriers and create a single space for economic development. In his opinion, it will also make clear a longer-term aim of integrating the Western Balkans Common Market into the EU’s internal market.

Indeed, regional cooperation in the western Balkans is: (1) needed as a very important ingredient of stability, (2) a catalyst for reconciliation, good neighbourly and political relations, (3) helping overcome nationalism and intolerance and promoting mutual understanding and sustainable political dialogue in the region. Regionalization encourages regional cooperation and mutual connections of countries, which enables the use of developmental resources and easier solutions to economic and other problems.

The Balkan region, with all of its socio-economic and natural characteristics and potentials, must become a respectable factor in the integrative processes and economic associations of Europe. The countries of the Balkans should especially invest their efforts in establishing as many forms of economic integration as possible.

The creation of a common market for the Western Balkans will definitely contribute to removing (or at least lowering, in the first place) of all economic, political and technical barriers, thus enabling free movement of goods, services, capital and people across the WB countries. In addition, it will increase the probability for large FDI inflows in the region, since foreign investors, among other preconditions, are looking for large markets to invest their capital.

The most recent statistics on press freedom in the WB shows worrisome results. Do you see the Balkan media as being under assault from political leverage?

There are permanent concerns about the level of media freedom in the Western Balkans. Despite the positive developments in the last couple of years, various problems persist, related to the application of the legal framework, frequent changes in regulation and lack of institutional capacity.

Media scene in the Western Balkans is widely politicised and polarised, heavily influenced by the national authorities (supporting, on one hand, the media which cover positively the work of the authorities and sanctioning, on the other, critically-oriented media through the deprivation of financial assets and other forms of “soft” or “hard” censorship).

Reporters Without Borders (RSF) published the 2017 edition of the World Press Free Index, which is used as a tool for assessing the situation of the media freedoms throughout the world. In comparison to the last year’s edition of the World Press Freedom Index, from the countries of the Western Balkans, only Serbia had a significant fall, while Montenegro remained in the same position. From these countries, Bosnia and Herzegovina has the highest index score and it is now on the 65th place, following by Serbia who is currently in 66th place from 180 countries included in the Index.

According to the World Press Freedom Index 2017, journalists in the Western Balkans are faced with various political and economic pressures and are often targeted along with daily and weekly newspapers which are posing as some of the main critics of the governments. Although four out of six countries of the Western Balkans are EU candidate countries, media freedoms are far away from the European standards.

To synthesise, how do you see the governance in the Western Balkans? Is there any causality relations between a potential gap in governance and the problems previously debated?

It is of utmost importance that the Western Balkans continue to pursue intra-reconciliation and to combat state-specific situations, like corruption by the political elite, ineffective state administration and a civil society that fails to react properly to the changes that have been generated from abroad. The “Europeanization” of the Western Balkan region, introducing a European dimension into the respective Balkan societies, is a process of: (a) construction, (b) diffusion and (c) implementation of formal and informal rules, procedures, policy paradigms, and shared common beliefs, firstly defined and consolidated in the EU policy process, and then incorporated in the logic of domestic political structures and public policies. 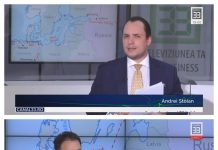 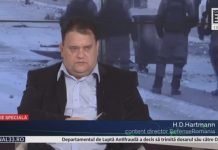 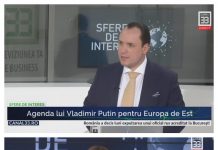