Eraldin Fazliu is a Kosovo 2.0 staff writer. Eraldin completed his Master’s on ‘European Politics’ at the Masaryk University in the Czech Republic in 2014. Through his studies, Eraldin became interested in the EU’s external policies, particularly in the promotion of the rule of law externally. He is a passionate reader of politics and modern history.

How do you see the freedom of speech throughout the Western Balkans? To which extent could we consider media as being independent according to the EU norms?

The media landscape is so diverse in the Western Balkans, with each of the states having own peculiarities and it is almost impossible to make a general assessment without making a distinction for which of the countries we are talking for. The reporting in the WB is facing challenges with various challenges starting with financial hardships, which then directly harm profoundly the independence of the media. The financial difficulties make vulnerable the media and give reasons for more interference of politics to control the media, a practice that is widely spread in the WB, again with each country in different extent.

Is media`s independence an irrefutable guarantee of a consolidated democracy? Is the press able to act as a watchdog defending the rule of law?

Absolutely. Without independent and fair reporting, I cannot imagine a consolidated democracy. There cannot be a democratic system which promotes fairness, of the public, is provided with biased and controlled reporting. The press should be able to act as a watchdog while defending the principle of the rule of law.

Having the direction settled grace to the previous questions, do you consider that a journalist may face some difficulties in exercising his prerogative in the Western Balkans? If yes, could you name some of them?

Being a journalist in Kosovo or maybe in the WB is primarily difficult because people and the politics have a huge problem with the truth. If today factually you criticise the government with your reporting, tomorrow you would be labelled as a servant of the opposition”, no matter that your facts you are providing to the public are reliable. The very same thing would happen if you do criticise the opposition for their political actions the next day after you criticised the government, then you suddenly become part of the government. And that is a difficult task whilst being a journalist when the etiquette is part not only of the politics but unfortunately it is spread in all the pores of the society.

Do you think that journalist has the power of shaping mentalities in their capacity as opinion formers?

If the journalist would achieve to embed to the readership that the truth comes from the factuality rather than speculations or tendencies to manipulate with the truth then his opinions or facts would educate the reader for the norms that shall be used when seeking the truth. Undeniably that is a power to shape mentalities in a society because that the impact is huge in the daily social behaviour of the reader transmitted from the journalism.

If we are to analyse in antithesis the Kosovar journalism starting from the separation from Yugoslavia up to the post-independence period, which evolutions would you like to mentions?

It’s a global evolution that happened worldwide with the technology and new opportunities that journalism possesses today. The main evolution is the various media outlets that we do possess today and not the very centralised media that were almost fully controlled by the state than in Yugoslav time. However, paradoxically, the quality of journalism by many observers is said that has not experienced a lot of progress although an enormous increase of journalists and media landscape was seen.

Therefore, besides the advancements in technology and better opportunities to access the media (which cannot attribute to Kosovo journalism as they are global), something that changed substantially is the freedom to report. If at the time the state apparatus would imprison a journalist for reporting that contradicted the institutions, today the media are more prevented from the direct threat of the government or the fear to be imprisoned.

How would you characterise media`s activity nowadays in the Republic of Kosovo, the youngest of the Balkans states?

The media in the Republic of Kosovo is so much diverse and it still shaping. The interference of politics and powerful people coming from the various group of interests remains a big concern. The digital era has given basically to everyone the opportunity to open “windows” of information and many time disinformation, and Kosovo is facing these challenges too. The lack of effective rule of law is preventing to filter many media outlets that besides propaganda, do not do much else. Yet, there are some reliable printed and TV’s media outlets that do a fair and objective reporting.

In comparison to some other WB countries, Kosovo’s media landscape is said by many that stands better and merits for this shall be granted as well to the international community that invested a lot in this regard. A huge problem that depicts the interference of politics in the media is the Public Television of Kosovo (RTK), which remains with huge problems with finances and faced continual tendencies to be controlled by the government. The unresolved financial issue of the RTK can also be taken as a measure of politics willing to interfere and profoundly control the only public television in Kosovo. 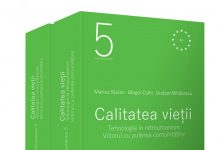 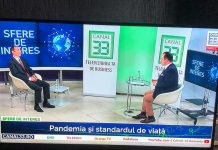