These centres interconnect presentations in the cultural arena and support of external economic relations and tourism. They provide informational services about the Czech Republic. This set of tasks is formulated in the valid Statute of the Czech Centres, dating from 2004.

How is the Czech Centre Bucharest enhancing the cultural bindings between the Czech Republic and Romania? Which main direction do we distinguish?

The Czech Center aims at promoting the cultural image of the country through organising, participating and disseminating artistic events of all types. We are working together in order to bring the Romanian auditorium closer to us, in an avangardist environment stripped of formalities: a place for mutual understanding and intense cultural exchange where both sides will have something to gain. Moreover, we are encouraging the promotion of the Czech language through several modules structured as basic vehicles for understanding certain specificities more in depth and further compelling people to come to us and discover our culture first hand.

I would also like to mention, as it has been a recent project that had a lot of work involved in making it, that the first Romanian-Czech dictionary of similar words has been released. The dictionary addresses the large audience and we are positive that the idea behind it, that of overcoming linguistic obstacles and enhancing the bond between our cultures, which converges on more levels other than institutional, will be well heard.

International Relations are considered to be, first of all, Intercultural Relations. Is this assumption applicable to the mission of the Czech governmental organisation?

It is presumptuous to think that International Relations resume to inter-state institutional, political or economic interaction. Because states are, after all, people who differentiate themselves through ideas, aspirations, and convictions of any kind which in the end form clusters of cultures. Therefore, it is essential for us to promote the strengthening of the cultural component in International, or in this case, Intercultural, Relations.

Traditionally, former Czechoslovakia, the Czech Republic now and Romania maintained very good relations; our communication and cooperation are old, dating from the first days of Czechoslovakia.

Could cultural diplomacy come in handy to classical diplomacy in terms of growing the public awareness on different issues?

I would say definitely. Of course, some aspects of classical diplomacy could maybe not be fully replaced by cultural diplomacy. However, when looking at the growing technologic communication, we can see how the proper exchange is done on all levels of factors such as language, ideas, arts and societal structures can infinitely possess the attribute of improving relations between different groups. Therefore, this is our goal: to emphasise the cultural aspects we have in common and those who differentiate us, starting with traditions and language too, ad literram, ideas in order to strengthen our relations, enhance socio-cultural cooperation and raise public awareness on a number of issues exceeding the cultural sphere.

Both Czech Republic and Romania dealt with the post-communist transition after stepping out from the Iron Curtain. Do we talk about some intrinsic features in terms of democracy and human rights?

One factor of the post-communist transition that I think could be used as a comparison tool is privatisation, more precisely the level of privatisation reached in Romania and in the Czech Republic. Generally speaking, this process was accomplished, if I could say, fully in Czechia. There were several issues which remain until nowadays controversial in some way, but we did not privatise everything as in your case. However, in Romania, which went as well through the same reconfiguration, several large areas remained uncovered.

Not the same thing can be said about the Romanian health system with its growing tendency of entering more and more in the private sector. I believe that if the public health system would provide all the necessary assets in order to satisfy the needs of the people, there would be no need for privatisation which, in fact, is denying the right of the middle-class citizens to free healthcare.

Please, tell us about the impact of Future Museum. Is this project a veritable infrastructure for the Romanian and Moldavian artist in their creational démarche?

The Future Museum brings a significant opportunity for artists from Romania or the Republic of Moldova to exhibit their work in a place which encourages versatility and complete freedom of expression and supports financially the maintenance costs. As I observed, Romania lacks a certain involvement in supporting this kind of medium-sized exhibits and we decided to step up and offer a space where they can explore new views on society, politically-engaged art, new phenomena and unprecedented theories.

You have recently been elected as the president of EUNIC Romania after holding the vice-presidency last year. What are the main objectives and projects for the following period?

Providing continuance of the mission of EUNIC Romania which, is namely, to improve and promote cultural diversity and understanding between European Societies by strengthening international dialogue and cultural cooperation with the neighbouring countries of the EU will be the main goal. This mandate will be based on following the new strategy. We have recently received a financial aid from EUNIC Global for a new project that we develop in collaboration with the European Commission Representation in Romanian. We also have upcoming projects such as Comic Fest, the European Film Festival or European Day of Languages. 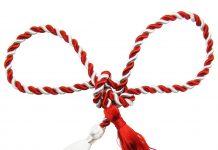 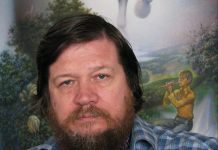 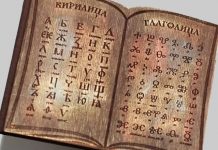