How would you describe the present climate in the Balkans? Are the actors efficiently cooperating?

The Berlin Process (the 2014 Conference in Berlin and the 2015 Conference in Vienna) is a diplomatic initiative linked to the future enlargement of the EU. This process shows strong political support for the EU perspective of the Western Balkans by reinforcing the multilateral ties between the Western Balkans and selected EU member states and by improving regional cooperation in the Western Balkans. It is widely accepted the fact that if the Balkan political leaders do not engage in discussions over bilateral tensions, risks will emerge that will not only slow down the ongoing membership talks but will encourage abandoning the commitments made as part of the accession process. In addition, it will contribute to the restoration of nationalistic and separatist movements all across the Balkans, which may endanger the EU perspectives of the whole region. Therefore, what the Balkan region needs are concrete steps from the Balkan political leaders towards lasting reconciliation as a means to promote stability and support the creation of an environment in the Balkans conducive to overcoming the legacy of the past.

In summary, the Berlin Process created new hopes and chances. It will still be a long way until the next accession can take place, but only if all the participants are ready to do their homework.

The European Union are said to be on the verge of extending to the Western Balkans. How realistic is this axiom in the context of Brexit and refugees crisis?

Consequently, the European Commission should continue to show its serious commitment to the enlargement process, performing two basic tasks: 1) to convince EU member states and citizens of the benefits of enlargement 2) it should provide realistic incentives to the Western Balkan states so that skeptical political elites will also support the accession process, even if it takes longer than initially planned.

The opponents of Balkan countries membership very easily forget that the achievement of stability and prosperity in the Balkan countries that EU membership would bring, would in turn significantly contribute to security, stability and prosperity in Europe as a whole. It is our firm belief that the EU can still be the solution, rather than the problem, but only if it does not exclude enlargement from its political agenda. Let us not forget the notorious fact that instability in the Balkans has many times proven to be highly costly for the EU.

What can you tell us about the neighbouring policies thinking of the mitigation of the national borders in the Balkans?

The roots of the European idea and the creation of the European community after the Second World War lie in the desire to prevent further war between European nations. We strongly support the attitude towards applying the same concept to the territory of the Western Balkans, that is, that the European integration of the region could help to preserve peace in the region while also providing stability and, consequently, political and economic growth.

Regional cooperation is of the highest importance for the political stability, the security and economic development of the Western Balkan countries. Regional cooperation in the western Balkans is very powerful and is acting as 1) a very significant cornerstone of stability; 2) a catalyst for reconciliation and good neighbourly political relations; and 3) important support in overcoming nationalism and intolerance, while at the same time promoting mutual understanding and political dialogue.

In terms of challenges, what issues do we distinguish both economically and politically?

The specific puzzle of the Balkans is that this region is geographically and in many other relevant respects very close to or indeed part of the developed Europe, but its development has proceeded in ups and downs over the long run and the region has remained a relatively backwards one in Europe until now.

However, there are certain common challenges currently shared by many Balkan countries, and these are associated with four types of transformations that are concurrently taking place: post-conflict reconstruction; post-Communist transition; social, economic and political reforms that aim to achieve a market economy open to competition and with labor market reforms; and deeper integration in Euro-Atlantic institutions. Within the context of these challenges, many countries are dealing with ethnic tensions, corruption, organised crime and political cronyism amidst unsatisfactory levels of media freedom and judicial independence along with high unemployment which pushes economies underground and creates black and grey markets.

Should the EU members from the Balkans sustain their neighbours in ascending to the European construction?

A move in the right direction was the adoption of the text of the Declaration on Bilateral Issues by the Western Balkans Foreign Ministers on the Vienna Summit in 2015, by which they committed themselves to a resolution all open questions in the spirit of good neighbourliness and commitment to European Integration. This Declaration is an obligation for the signatories to resolve their bilateral disputes in a manner which will not block, or encourage others to block their neighbours EU integration process. It is our sincere hope that the strict implementation of this Declaration will provide EU members from the Balkans to sustain their neighbours in ascending to the European Union.

Where did the Balkan Economic Forum start from? Which syncope you desired to cover?

The Balkans which is a term coined in the early 19th century that is used to describe the culturally diverse, resource-rich area shared by countries in southeastern Europe, including Albania, Bosnia and Herzegovina, Bulgaria, Croatia, Greece, Kosovo[1], Republic of Macedonia, Montenegro, Romania, Serbia and Turkey.

Many of these countries possess memberships in various international organisations that were established for the purpose of facilitating economic development and security, such as the World Bank, World Trade Organization, International Monetary Fund, Organization for Security and Cooperation and Development, Organization for Security and Cooperation in Europe, North Atlantic Treaty Organization and Council of Europe. Another significant socio-economic alliance is shared by Bulgaria, Croatia, Greece and Romania as European Union (EU) Member States, while Albania, the Republic of Macedonia, Montenegro, Serbia and Turkey are EU candidate countries. Bosnia and Herzegovina and Kosovo are considered to be potential candidates for EU membership.

These alliances, along with diverse cultures and natural resources, represent economic assets, the responsible management of which can contribute to the long-term economic performance of the individual nations; however, Balkan development potential, economic growth and inter-state cooperation have been hindered by the consequences of multi-faceted regional conflicts. Reliance upon external economic development aid is neither a viable nor a sustainable long-term solution to the region’s current challenges that include the need for socio-economic stability, security and inter-state cooperation.

As a result, the Balkan Economic Forum was established to strengthen the region’s network of business enterprises and economic growth prospects which, in turn, support stability and security.

Is the Balkanic cooperation an opportunity for both EU-members and non-member to be exploited in order to develop regional cooperation?

The European Union has a long-standing moral obligation to help the countries of the Balkan region and an interest in their political and economic stability. The Balkans is not a region doomed to instability. Conflict in ex-Yugoslavia was a hard lesson to all the countries in the region. In the last two decades, cooperation in the Balkans involved both governmental and non-governmental actors, think-tanks, intellectuals, businessmen and other civic groups, thus sending a very powerful message to the world that the people from the Balkans prefer cooperation to conflicts.

Cooperation is the precondition for stability in any region in the world and the Balkan experience in cooperation is not an exemption. However, the fact that cooperation does exist in the Balkans has largely and unfairly been undermined. Therefore, it deserves to be stressed together with the success stories of good-neighbourly relations in the region. Namely, despite all the past and existent disputes, most Balkan states have managed to develop their bilateral relations with one another through some sort of cooperation. Needless to say, engagement in cooperation does not necessarily require the immediate solution of the disputes as a precondition. In addition, in some cases, benefits of cooperation in one field can boost the will for the solution of some of the disputes.

Regional cooperation in the Balkans, between the EU-members and non-members, implies creating conditions for people, capital, goods and services to move and operate across borders, connecting infrastructure and sharing resources, including knowledge and experience. Consequently, this provides that the development of regional cooperation will increase the awareness of the genuine need for regional cooperation, based on the national interests of all the individual states of the region and transformed into consistent action.

Tell us about the long-term strategy of the Balkan Economic Forum. What would you like to acquire by this project?

The Balkan Economic Forum was established in 2014 for the development and implementation of innovative strategies and creative solutions to the current economic challenges facing the countries that share the Balkan Peninsula in order to stimulate regional economic growth which, in turn, strengthens regional cooperation, peace and security.

In furtherance of this mission, the Balkan Economic Forum serves:

The Balkan Economic Forum is independent of any national government, political party or any other vested interest and operates with an inclusive approach that respects universal human rights and recognises the potential of every individual to actively contribute to the achievement of tangible economic development for the social welfare of a region.

We at the Balkan Economic Forum firmly believe that it is high time to forget unpleasant memories all the Balkan nations share from the past and turn ourselves towards the future challenges ahead of us. It is highly preferable that we start creating Balkan brands in different aspects of our everyday life, that will enable more dynamic joint regional Balkan integration in the EU and the worldwide markets.

What are your point of view on the idea of the Balkan identity? Do we, the Balkan countries, share a common base of heritage, besides the national nuances?

The nations living in the Balkan Peninsula over centuries have created a very rich cultural heritage and the constant political upheavals in the region have affected the development and preservation of their cultures. The richly coloured tapestry of Balkan history has been woven by a mosaic of countries and cultures that reflect the tumultuous and incredible journey undertaken by successive generations. The significance of the region is indisputable in that it represents an important cornerstone of the wider European territory, yet the relevance and impact of its recent history still linger in the shadows and seep into the fabric of everyday life in the Balkans.

Certain periods of the Balkan past remain unsettled in the minds and hearts of some and, therefore, reappear in the context of modern political, business and social life, and the today’s generation now has a fresh opportunity to write its own chapter of history in a new and productive way. Business investment, reduced corruption, the protection and responsible management of natural resources, economic growth, sustainable employment and poverty relief in the Balkans will contribute measurably to the enhancement of social well-being, regional stability, cooperation and reconciliation following recent events.

The Balkan Economic Forum was created to make a tangible contribution to the achievement of these worthwhile endeavours for the well-being of those who live on this peninsula and beyond its borders by working with its members and international supporters in collaboration with today’s Balkan generation, whose choices, like those of their predecessors, will inevitably leave their footprint in the sands of time.

[1] This designation is in line with United Nations Security Council Resolution No. 1244/1999 and the International Court of Justice Opinion of 22 July 2010 on Kosovo’s declaration of independence 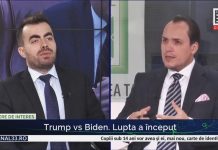 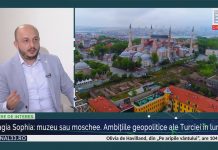 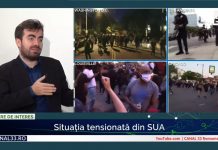